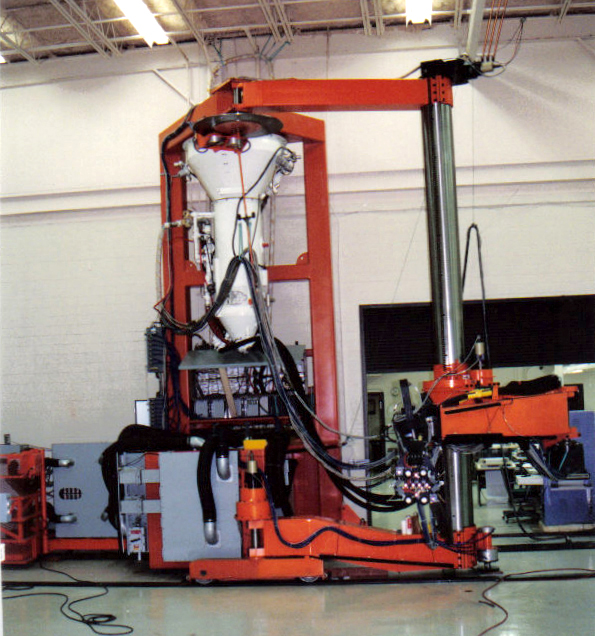 In 1991, EPI had recently launched its industrial line of enclosures and wireway. As a result, many opportunities began to present themselves. One such groundbreaking project was a prototype production of the world’s largest robot for the department of the Airforce. The prime contractor was Southwest Research Institute(SWRI) in San Antonio, Texas.

The intent was to robotically degrease the surface of F-111 attack jets stationed at the five SAC Bases throughout the Unites States. Ultimately, the success of this project would remove men from harm’s way as the conventional method was in a very potentially explosive environment. The challenge for SWRI was to design a moving and articulating robot like arm that would have both horizontal and vertical movement.

The final design was a twenty-nine-foot-tall robot with a nineteen-foot long arm that was placed on a rail gantry. For this to work, motors, serve-motors controls, transitional wiring and computer terminals needed to be house in special NEMA enclosures and wireway. Working with a team of engineers from SWRI, a set of prototype robots were completed and shortly after an order for five sets of robots was given to the company. EPI was very proud to be a part of this groundbreaking, state of the arts project.