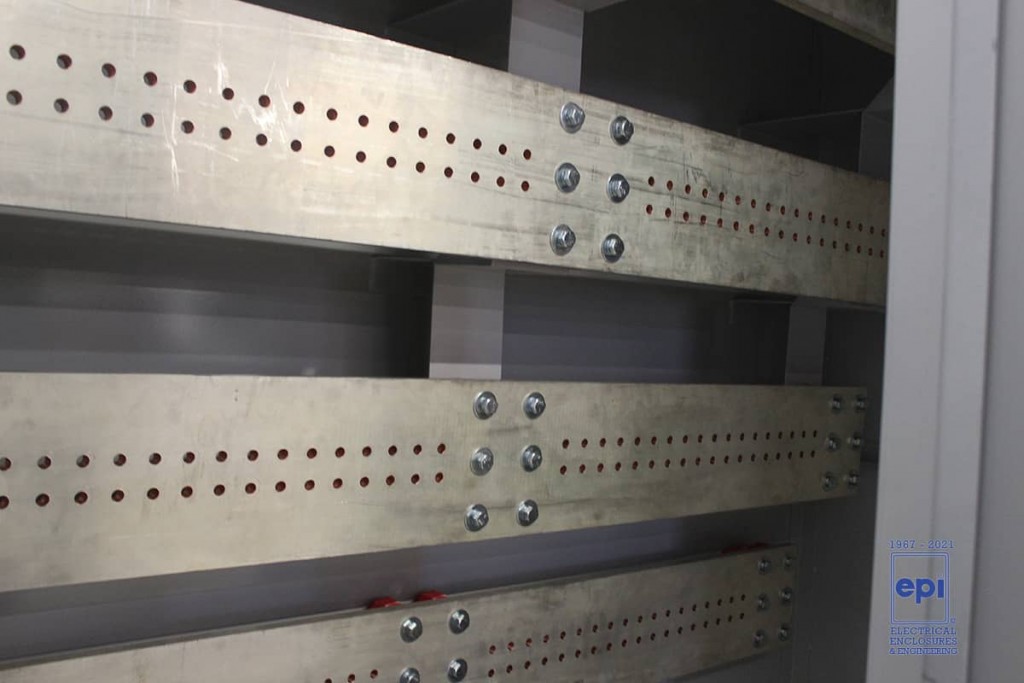 EPI-Electrical Enclosures & Engineering has had many first and largest of electrical enclosures engineered, manufactured, and deployed on earth, in outer space, and in the depth of oceans. In this vein, in the month of January 2021, our engineering department received orders to design and develop the first 10,000-amp NEMA 3R Bussed Secondary Padmounted Enclosure for use in the CPSB Energy grid in San Antonio, Texas.

“Although we had previously designed entries with this ampacity for other utilities, it was still very challenging as the scale was quite large”, stated Mr. Rudi R. Rodriguez, Head of Engineering. The project was a mixed-use condominium, retail, and garage building. “This downtown re-use project was a challenge as we did not have the room for two five-thousand-amp entries”, said Mr. John Perez, CPSB Commercial Manager.

NEMA 3R Secondary Bussed Enclosures are part of a group of electrical distribution products commonly referred to as “Switch-Gear” which are predominantly used at the point of “Main Electrical Entry” on large energy use buildings. In regard to our NEMA 3R Bussed Enclosures, they are typically used in connection with a utilities Primary Pad-mounted Transformer placed on a building site. They are connected by a three-foot-long transitional square metal duct which allows the utility to place conductor cable from the transformer into our secondary.

The size of these enclosures is determined by the size of ampacity (amps), the number of electrical cables needed to enter and exit, and NEMA industry design and construction standards. In the case of this N3R Bussed Secondary Padmounted Enclosure, a total of 10,000 amps of electricity was needed to power the “South Flores Lofts Project”.

The resulting engineered design specified silver-plated copper bars 1” thick by 10” wide, according to N.E.C. Article 314-317. The requirements for the number of cables (36) to be connected from CPSB and the customer side pushed the design of the cabinet to be almost ten-foot-long. The resulting copper bus length was 86 inches long, weighing almost three hundred pounds a bar, as there needed to be four bars it became a total of twelve hundred pounds of copper alone. The copper bussing along with the enclosure weight became over three thousand pounds.

Other design criteria resulted in the cabinet having three reinforced plate bracing supports. Each phase bar had a total of eighteen 600volt 3 ¾ insulators to retain the bars. Lastly, an 2”x2” angle iron frame was selected to construct this large cabinet and then wrapped with twelve-gauge sheeting. Additional features of this cabinet are multiple doors, three-point locking handles, and Pentahead security bolts. The resulting 10 ft. wide by 8ft high by 5ft deep enclosure is primed with several coats of primer and three topcoats of Sherwin William ANSI -70 Light-Dove Grey enamel.

We firmly believe that the sheer size and ampacity of this NEMA 3R 10,000 amp Bussed Secondary Padmounted Enclosure makes for the largest ever manufactured in San Antonio, Texas, and the country. Once again, we are very proud to have been a part of this wonderful project along with working with our industry partners.